We frequently hear of major websites suffering data breaches that expose millions of user accounts and passwords to hackers.

This type of theft makes the concept of “good passwords” all that much more important to understand.

What makes a password good constantly changes, sometimes in ways you wouldn’t expect.

To understand what makes a good password, we need to appreciate what makes passwords vulnerable, which means understanding a couple of the ways hackers hack.

Along the way, I’ll also discuss “hashes” and why a “salted hash” isn’t breakfast food, but a critically important approach websites should be using to keep track of your passwords.

And there will be rainbows.

I’m not a security guru.

The concepts I describe here aren’t intended to make you one, either. I’ve most definitely simplified — or over-simplified — to make a point or explain basic concepts. The devil is in the details, and you won’t find it here.

My goal is to explain how and why passwords are so darned important, why the password you think is strong enough probably isn’t, and what you need to do about it.

If you’re designing a website and looking for what you need to do to keep passwords secure, you’ve come to the wrong place.

If you’re an average computer user and just want to keep your online life secure, then follow the “New Rules” to the left and keep your computer safe.

If you’re curious as to how some of this stuff works at a high level … read on.

The rules, old and new

For those with short attention spans, I’ll start with what you need to do differently, beginning yesterday.

In the past, the traditional advice on passwords was:

Those rules are no longer sufficient. Even if you carefully follow them all, you’re left with a password that remains susceptible to many types of compromises.

Now, the rules instead:

As you can see, there’s a new emphasis on length.

If you remember nothing else from this article, let it be this: size matters. Longer is better.

One reason we were told never to use normal words (or common names) in passwords is that there are simple attacks called “dictionary attacks” that try all words, or all combinations of words, one after the other, until something works. Many attackers jump-start this process by starting with a list of known common passwords or words used in passwords.

The Oxford dictionary tells us:

This suggests that there are, at the very least, a quarter of a million distinct English words… 1

If we stick to a single case (upper or lower, just not mixed), then a program needs to try only 250,000 x 250,000 (62.5 billion) times to be guaranteed to stumble onto a two-word password. I say “only” 62.5 billion because to a computer running with speeds measured in billions of operations a second, that’s nothing.

Yes, you can add names and random capitalization to the mix, and perhaps even insert digits, but even that slightly obfuscated dictionary-based approach to password cracking is easily performed by today’s technology.

It’s now quite possible for hackers to try literally everything.

Let’s say you’ve been really, really good and you have an eight-character password made up of completely random letters, numbers, and symbols.

That’s a good password — perhaps the best you can do in eight characters — but it’s not a great password.

It’s estimated that such a password could be cracked (offline) in a little over 18 hours.2

Now, the most common response I get is, “How can they try that many that fast when I get locked out after getting it wrong three times?”

The attacks I’ve described so far all involve the hacker having a stolen copy of some user account database that they can access on their own computer(s), offline. This allows them to attempt to crack it at extremely high speed — as fast as their computers allow.

In the online scenario — accessing the service directly attempting to break in — they can’t try nearly that fast. However, they can use other techniques to try fast enough for it to still be a serious issue.

Surprisingly, that’s not why eight characters is too short. A truly random eight-character password will probably protect you just fine from these types of online attacks.

Every so often, we hear that an online service has been hacked into and had their database stolen.

What that usually means is that rather than trying to guess logins one at a time, a hacker has infiltrated the systems of the service and snatched a copy of some or all of the user-account database.

As a result, they typically have:

No need to try guessing passwords slowly from the system’s public-facing login; the hackers walk away with almost all the information they need in one fell swoop.

Note I said “password information” above. Properly secured systems don’t store your password — they store something else.

A hash is a mathematical function that takes an arbitrary amount of text and computes a number from it. That number has the following characteristics:

That’s the result of an “SHA 256” hashing function. Any time you give that function “iforgot,” SHA 256 will return that number (which happens to be 256 bits long).

This is important: given only the hash, there’s no feasible way to figure out what password caused it to be generated. Hence, it’s often called a “one way” hash.

When you log in, the system passes whatever you type as your password through the hashing function, and if the resulting number matches, then you must have typed in the correct password, because it’s the only thing that could generate that number.3

Unfortunately, as technology has grown more powerful, we’ve run into an interesting issue that puts this technique at risk anyway. 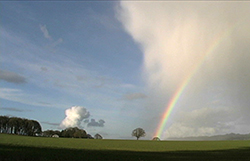 If the password we choose allows each character to be any of 26 alphabetic upper and lowercase characters, 10 digits, and 10 special characters, that’s 72 possible characters in each position. If we have eight of those, that’s 72 to the eighth power, or 722,204,136,308,736: 722 trillion possibilities.

It sounds like an enormity, but with today’s computational and storage power, with a stolen database and an offline attack it’s possible to:

“Cracking” a password from a stolen database just requires looking up the hash value they got from the database and fetching the corresponding password. This type of table is called a “rainbow table.”

In reality, hackers rarely need the entire table. People tend to pick bad passwords, so a smaller table with the hash values of lots and lots of common passwords is enough to crack a huge number of accounts.

The hashing algorithms are often quite standard.4 So, if your email service, your social media service, your photo-sharing service, and whatever else you log into all use the same hashing algorithm, they’ll all store the exact same hash value for your password. If that table of password hashes is ever stolen, then a quick lookup in a rainbow table will retrieve your password. Then the hackers can try it at any of those other sites, even though they were never directly breached.

As it turns out, there’s a trivial way to stop that possibility.

“Salting” is a way to obscure the information stored in a service’s password database.

For example, perhaps I create my password as “iforgot”. As we saw, that gave us an SHA256 hash of

If, however, the system storing my password automatically adds “mypants” to every password and hashes the result —  “iforgotmypants” — the hashed value is completely different.

When I come back to log in and enter “iforgot,” the system automatically adds “mypants”, hashes that, and the values match.

If that hash value is ever in a rainbow table somewhere, it maps to “iforgotmypants”, which is most decidedly not my password.

The item we add — in the example above, the frivolous “mypants”  — is known as “salt,” as it changes the flavor of the result of the hash function. In reality, it wouldn’t be anything so simple, and it would vary from system to system (and if done really well, from account to account).

Now, with all of that as backdrop, here’s the kicker: you don’t know how the services you use encode your password, and too many do not use salt. In fact, a recent breach at an extremely well-known large online service exposed the fact that they were not using salt at all to secure their database of hashed passwords. The stolen passwords could be easily looked up via rainbow tables.

So, in the face of not knowing which services do password security correctly, how do you protect yourself?

The single most important thing you can do to improve your password’s security is to make it longer.

The longer the better, in fact.

There’s no rainbow table big enough for that, and there won’t be for quite some time. Short of storing your password unencrypted (which is a huge security no-no anyway), just about any hash will do, salted or not.

As a bonus, it’s extremely unlikely a dictionary attack will bother with the assorted combinations to eventually get to whatever it is you put in 12 characters.

is, in fact, a significantly more secure password than

— plus it’s easier to remember. (Although using normal words in this manner still makes me nervous for reasons I can’t quite explain.

are perhaps best of all. (With big a hat tip and propeller twirl to that great geeky web comic XKCD.)

The bottom line (this time at the bottom)

So, what should you do?

And of course, keep your PC secure. No matter how strong your password, malware such as keyloggers can capture it, and using an open WiFi hotspot without proper security could be the moral equivalent of writing your password on the wall for all to see.

1: How many words are there in the English language? – Oxford Dictionaries

2: Cracking time calculations are from Password Haystacks at GRC.com.

3: Technically, this is actually not true: it is possible that two inputs will generate the same hash. However, it is statistically so extremely unlikely that it is simply a non-issue. And as stated in the hashing algorithm requirements, there’s no way to know how to pick an input value that would give you a specific hash value.

4: Trust me, you do not want to dream up your own hash. You really want to leave the math involved to trained professionals. Homebrew hashes are typically cracked within seconds.

Password Haystacks – GRC.com has a great look at the password-length issue, including a calculator to play with.

69 comments on “How Do I Choose a Good Password?”