A VPN, or Virtual Private Network, is a fully encrypted, private internet connection via a VPN provider. I'll look at what protection it offers.

I’ll describe the different scenarios, and how you are — and perhaps are not — protected by a VPN.

Lately, however, there’s been concern about the fact that your ISP can monitor what you’re doing. Specifically, they can see every remote site or service you connect to, and examine all unencrypted data you exchange with those servers.

There are problems with using WPA.

That last point is important, because all the traffic is visible to the hotspot’s owner, should he or she care to peek, and to the internet service provider to which that hotspot is connected.

For open WiFi or other situations with questionable security (such as connecting to the internet at a hotel), a VPN can be a great solution.

The most common way your information still leaks, even when using a VPN: How Does a Site Identify Me When I Am Using a VPN?

Using a VPN, the ISP you’re connecting through can’t see that you’re using BitTorrent (for example), but the VPN service can. Your ISP would still see that:

True privacy is achieved with end-to-end encryption. Unfortunately, that isn’t possible in many cases, since it must be supported by the service to which you are connecting.

Connections you make via HTTPS are completely encrypted along the entire path from your machine to the remote server you’re accessing. That’s why banks (and other services that allow you to access sensitive data) should use HTTPS . Most web-based email providers also provide full HTTPS connectivity. In fact, more and more sites — including Ask Leo! — are switching to support HTTPS .

Similarly, when configuring a POP3, IMAP, or SMTP connection in your email program, if your email provider supports it, choose SSL or TLS. That’s the underlying encryption protocol used by secure connections like HTTPS. That way, your email uploads and downloads — as well as your log-in information — is completely encrypted along the entire path to your mail server.

Note, however, that even when using HTTPS, your ISP can still see which sites you connect to. Only a VPN can hide that information from them.

HTTPS over a VPN?

Just to complete the picture, if you’re using a VPN, and you connect to an HTTPS web site, your data is doubly encrypted for part of the trip.

Does a VPN really protect you?

A VPN can protect you quite a bit, but there are no absolutes. A good VPN obscures everything you’re doing online and hides it from your ISP and any servers between you and the VPN service itself. By definition, it’s not protecting you from the VPN itself — and indeed some have been known to resell user data. Finally, it does not protect you from what happens between the VPN’s servers and the final sites and services to which you connect.

Will a VPN protect me from hackers?

A VPN protects you from some forms of hackers, but not others. A VPN only protects the connections you make with your computer to other services. Every other approach to hacking is unaffected, including data breaches, potential software vulnerabilities, and more. And a VPN cannot protect you from yourself: if you download malware, then the malware can do anything, including providing access to a hacker. Similarly, if you fall for a phishing attempt, your VPN will not help.

Does a VPN protect you on public WiFi?

Yes, a VPN is good protection when using public Wi-Fi. It conceals not only the data you’re exchanging with the sites and services you’re using — like log-in credentials or banking information — but it also conceals what sites and services you’re connecting to. The only thing someone monitoring your connection could see is that you’re using a VPN.

It’s possible that police can track a VPN, but it would be extremely difficult and would require having used a low-quality VPN. A good VPN service will not respond to requests for information, and even if they do, they won’t have kept any logs of what was done when and by whom.

What are the disadvantages of using a VPN?

The main disadvantages of using a VPN include some reduction in speed and occasional blockages (meaning that a service, like a streaming service, may intentionally block connections from known VPNs). Particularly with free VPNs, you run the risk of logging and less-than-adequate security.

Is VPN safe for online banking?

VPNs are generally safe, and even recommended, for online banking, particularly if you don’t know the privacy and security of the internet connection you’re using. Banking over a good VPN while using an open Wi-Fi hotspot can, for example, be as safe as your dedicated internet connection at home. 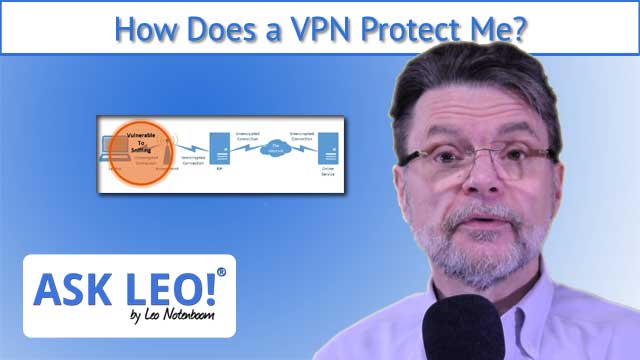