Mostly because it works.

Even though most of us might never fall for it, the reason there's so much spam is simple: spam works.

Between bouts of frustration with my inbox, I’ve been reading your various articles on spam. I think I’m slowly getting a handle on it all, but it sure seems crazy. And it really got me to wondering… why is there so much spam in the first place?

Even if a tiny fraction of the recipients of spam respond to it or fall for it, that’s enough for spam to be successful. More people fall for spam than we think — even the spam we all might consider to be “obvious”. Spam preys on the vulnerable. Spam continues to exist because it works. 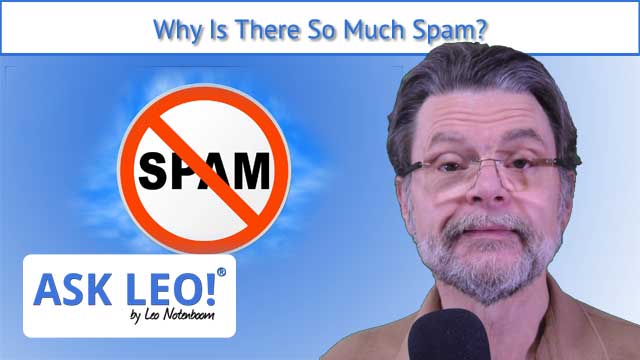