Many possibilities mean it’s a process of elimination.

In general, faster is better, but make sure you're testing properly so that you get an accurate report.

Wi-Fi is not a reliable way to test speed: use a wired connection. Make sure you’re the only one using your internet at the time. Make sure no other applications on your machine are hogging the internet while you run the test.  Try to select the closest testing site. When all else fails, talk to your provider. Speed matters. 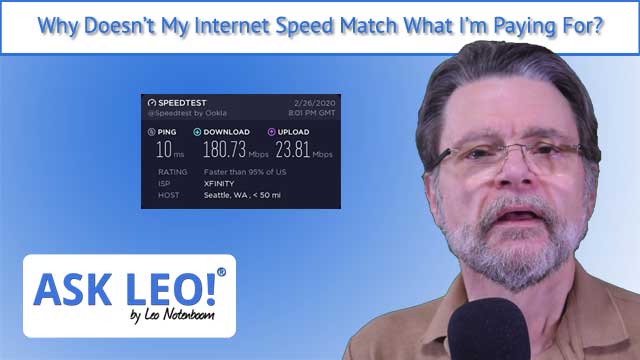 63 comments on “Why Doesn’t My Internet Speed Match What I’m Paying For?”