I run into this so often I want to record it for posterity:

Malware does not physically harm your computer.

Malware (viruses, spyware, bots, ransomware, or whatever) doesn’t hurt your computer’s hardware or your hard drive. Even with the worst of infections, they’re fine.

Malware is software — nothing more, nothing less. And software can be erased.

This is important, so I’ll say it again: software can be erased.

I absolutely admit, it may not be pretty. You may have to erase Windows, your applications, and your data files, but none of that involves replacing hardware.

At worst, it means reinstalling Windows and your applications from scratch, and then restoring your data.

If you’re prepared with good backups, it can be as simple as restoring a backup image created before the infection.

And yes, you can sometimes get away with removing malware using anti-malware tools and manual procedures.

If the thought of new hardware has entered your mind, I’d guess it’s this approach — attempting to remove malware using various types of tools — that didn’t work. Oh, well. The next step is to erase your hard drive and start over.

But shelling out money on a new machine or hard drive should never be the knee-jerk reaction to malware, no matter how bad the infection.

There is a class of infection that can potentially affect your BIOS (or UEFI) — that’s the software that loads the operating system from disk, among other things, and is stored in a chip on your computer’s motherboard.

BIOS-affecting malware is a conclusion you should never jump to.

Even if you’re paying someone else to do the work, the worst-case scenario — reinstalling everything from scratch — is still generally cheaper than purchasing a new machine.

You may have a newer, shinier, faster machine, but you’ll also have less money.

And it doesn’t have to be that way.

Malware does not physically harm your computer. 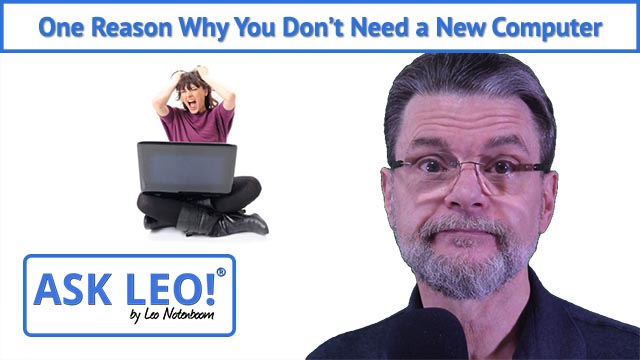 1: It might be convenient, if you have to set up your existing machine all over anyway; it’s just not required.