Of several meanings, one matters most.

Hack or hacking can mean several different things -- both good and bad -- depending on the context. I'll review the most common definitions.
I see the word “hack” getting used a lot. And by “a lot” mean seemingly everywhere, every day. But not all the uses make sense. What’s it really mean?

The word hack, as perhaps you’ve surmised, can have any of several different meanings, depending on context.

I’ll run through the ones that most commonly relate to computing and technology, including the one you need to understand above all.

Perhaps the most important definition is the most common. In short, it simply means unauthorized access to a resource. A “resource” might be data, an online account, or something else.

It’s pretty simple. A hack is all about someone having access to something they shouldn’t.

It’s probably the most important definition since it can affect us all.

Originally,1 a hack was an obscure, clever, or unique way of solving a particularly complex computer problem.

For example, at the lowest level, you can multiply a whole number by two in several different ways:

In most computers, each successive technique in that list is generally faster or less resource-intensive than the preceding. Adding is usually faster than multiplying, and shifting is faster than either.

That shifting by one bit might be considered a clever way to solve the problem. Some might call a hack.

More generally, this kind of hack might be an inelegant shortcut eliciting the comment, “It’s not pretty, but it works.”2

Much like shifting a binary number being quicker than the work of actually multiplying it, people often look for or identify shortcuts to life: ways to accomplish things — be it something in life or approaches to their own personal growth — more quickly than normal.

These shortcuts — an obscure, clever, or unique way of solving a problem — are often referred to as hacks of some sort.

Search the internet for either, and you’ll find there’s a whole industry of life hacking or growth hacking or who-knows-what hacking available.

This type of hack — a shortcut or a clever or obscure solution — is neither good nor bad. That comes down to how you use it.

By that, I mean hackers generally gain unauthorized access to resources (the first hack I describe above) by employing clever or unique ways of using or abusing the systems they’re targeting (the second hack I describe above) so as to gain access. That usually comes in the form of exploiting a vulnerability in the underlying system.

Hacker culture is built around this ability to discover and exploit hacks of various forms so as to do things that weren’t necessarily meant to be done — like access your account or breach a company firewall to get at their data.

Why are tips called hacks?

Tips are often called hacks because they’re typically obscure, clever, or unique ways to accomplish something. For example, a tip to improve your commute to work by listening to podcasts might also be referred to as a life hack or just hack.

Is hack a bad word?

Hack in and of itself is not a bad word. As with so many words that have multiple meanings, it’s how you use it that makes all the difference. Hacking an account to gain unauthorized access would generally be considered a bad thing. Hacking your life to be more productive, on the other hand, might be considered good.

Why do hackers hack?

In the past, hackers hacked mostly for bragging rights and bravado. That has since morphed into two common directions. The first is to target attacks at specific individuals for some purpose — usually revenge for perceived injustices. More common of late is, of course, money. Hacking computers to place ransomware might be the most obvious example of the latter. 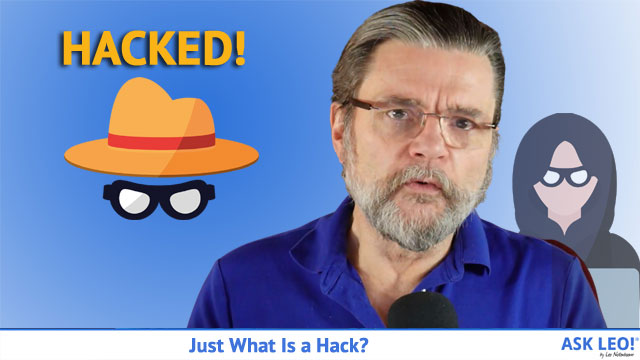 2: Though left shift by one seems both elegant and pretty –to me at least.