Putting the taskbar back where it belongs.

Occasionally — usually through a mis-click or accidental mouse action — the taskbar can get moved to somewhere other than where we want it.

So, let’s move the taskbar back.

Move the Taskbar back to the bottom 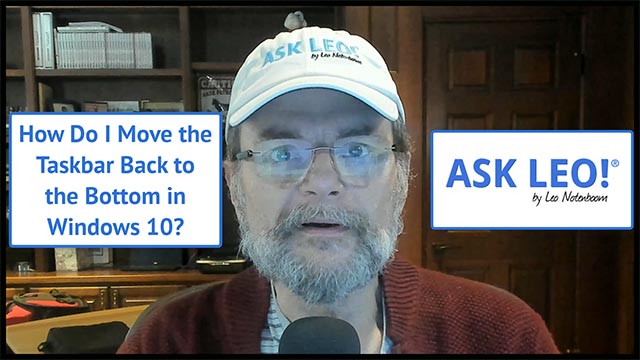 Why does the taskbar move on its own?

The most common cause for the taskbar to show up on an odd edge of the screen is that it was unlocked (which allows for this kind of movement), and somehow this click-and-drag approach mistakenly happened. For example, perhaps you thought you were moving something in another application, but “overshot” with the mouse click and ended up dragging and dropping the taskbar instead.

Of course, other types of mouse movement, and even the occasional bug, could result in the taskbar moving to somewhere unexpected.

One of the reasons we “lock” the taskbar after moving it back into place is to prevent this type of accidental movement in the future. 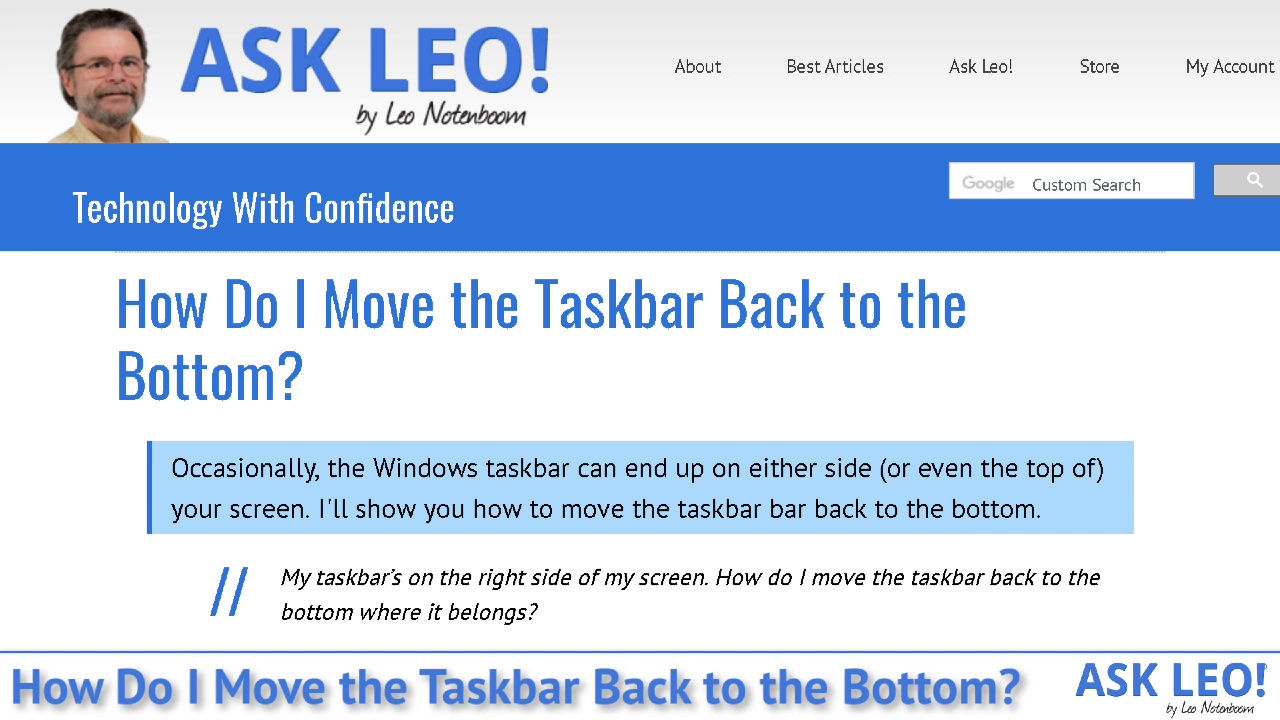 20 comments on “How Do I Move the Taskbar Back to the Bottom?”