Can I use a second wireless access point to extend my wireless network?

It depends on what you’re planning.

If your access points will be wired together, you’re probably okay. But if
you’re looking to use the wireless access point to avoid more wires … well,
as odd as that sounds, maybe not.

If you plan to have both access points wired together, and perhaps placed a
fair distance apart then this should work. This diagram illustrates that
scenario: 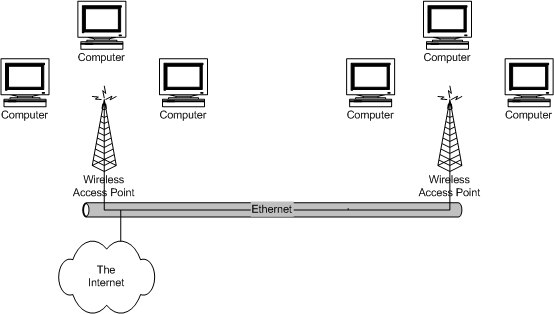 The important thing is that the access points are actually wired to each
other and, say, your internet connection. 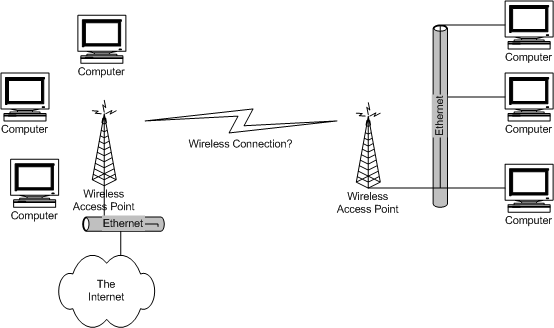 And you’re expecting the access point to access point wireless connection to
act as a virtual extension cable then this will probably not work. Access Points
typically do not communicate with each other.

A better approach for small installations might be to set up a computer with
both a wireless card and an ethernet card, and then use connection sharing to
share the wireless connection to other computers on the ethernet connection.
The only drawback here is that you stand a good chance that these other
computers will essentially be “double NAT-ed” – which means that they are
effectively behind two NAT routers. The bottom line to that is that some
software will not work, and there’s a slight performance penalty.

114 comments on “Can I use a second wireless access point to extend my wireless network?”