How can I tell what kind of encryption I have on my WiFi? (wep, wpa, wpa2)
How can I change this to a more secure type if necessary?

Considering the importance of having the right security, it’s actually
somewhat surprising that this isn’t more visible when you’re using a wireless
connection. Nonetheless it’s fairly easy to find.

I’ll show you how, as well as what you want and where you’d need to change
it.

In most cases, in Windows XP when your wireless network adapter is enabled there’s an icon in the Windows Task Bar notification area that, if you right click on, gives you the option to View Available Wireless Networks: 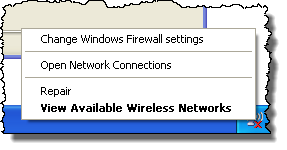 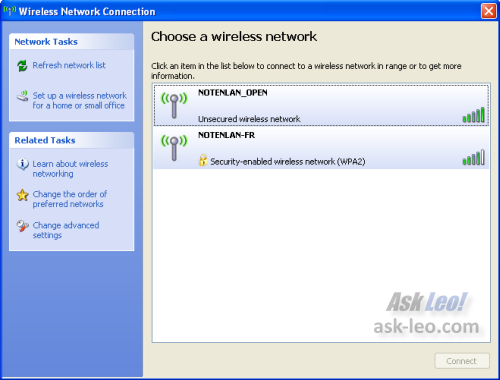 As you can see, it shows not only the access point name but the type of encryption, if any, being used as well. (If you’re already connected to one of the networks the information is similar.)

In Windows 7 things have changed just a little. Click on the wireless network icon and you’ll get a popup menu of several different possible actions, including a list of the available wireless networks: 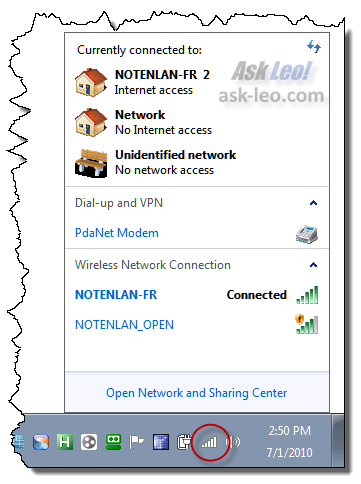 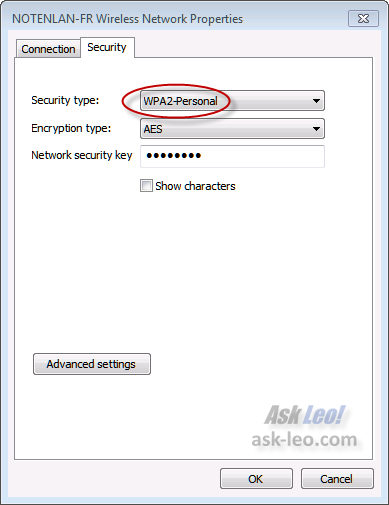 Here I’ve chosen the wireless network I’m already connected to, and as you can see it’s using WPA2 security.

The biggest misunderstanding is where to make this change. It’s not on your computer.

The type of encryption being used is determined by the wireless access point (perhaps part of a router) that is providing the wireless connection. You change that by configuring the access point.

Unfortunately, exactly how you do this will vary from router to router, and even device to device. Typically, there’s a web-based interface that you use with a special IP address and password to get to the access point’s configuration screens, from which you can make the change. 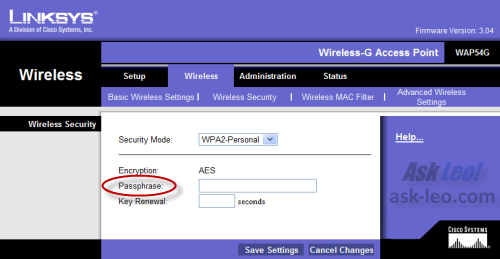 There’s a dropdown to select the type of encryption to be used, and entry fields to specify the accompanying password.

As I said, your access point or router may be different, so check the documentation that came with the device.

And if you don’t have access to or control the access point, you cannot change the encryption it uses.

What Encryption Do I Want?

WPA2 if the device supports it.

To give that a little more detail (and in order of preference):

So, wherever possible use WPA2 to keep your network safe and secure.

If you’re using someone else’s network then make sure you understand the type of security at play, and make sure that you’re not inadvertently exposing your sensitive data to people you don’t expect to.

6 comments on “How can I tell what kind of WiFi encryption I&apos;m using?”