I just found one of my pictures on someone else’s web site. In fact, they’re
using it to make money by showing it and displaying advertising around it, and
that annoys me to no end. What can I do?

Welcome to the internet, where technology makes copying and stealing just
about anything you see downright trivial.

I’ll be honest … the photo that was stolen was mine.

There are things I can do, but it’s not guaranteed I’ll be successful unless
I haul in a lawyer, and then it starts to cost more than it’s worth.

What I should have done is taken a couple of steps to make it less
desirable to copy the photo.

But note, I didn’t say “impossible”.

It’s pretty much impossible to make it impossible to steal an image off of
the web. I’ve seen lots of sites that try to disable the browser functionality
that allows you to save a picture to disk, but the reality is that anything you
display on the screen can be captured, one way or another.

“Prevention” is a misnomer, since as I said, if it can be seen, it can be
captured, but there are things you can do to make it less desirable to steal
your photo.

First, let me show you the photo of mine that was stolen: 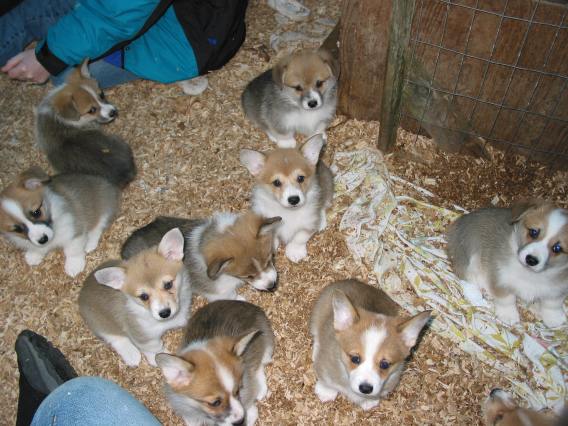 This comes from a page on my personal website.

Cute puppies, eh? Apparently others thought so as well, as I found the photo
on a themed photo sharing site: 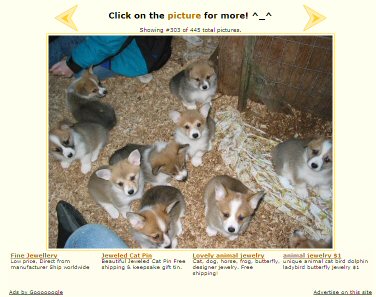 Perhaps the simplest, and most important thing I could have done would have
been to “brand” the photo. Here’s what I mean: 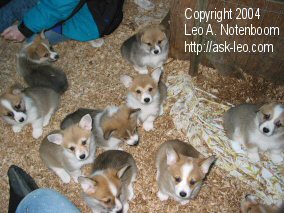 Here all I’ve done is overlaid some text claiming ownership onto the photo
using a photo editing tool. It’s unfortunate that it’s somewhat distracting,
but you can see I placed it in such a way that it doesn’t obscure the subjects
of the photo, and it’s a little work to crop out.

This is actually enough to discourage a lot of theft. And for the majority
of theft that continues, your “brand” – in my case copyright and URL – travels
with it. The down site, of course, is that it’s somewhat time consuming to
brand all the photos that you post on the internet.

Unfortunately it’s still possible for a thief with image editing tools like
PhotoShop to crop out the text, or erase it. I know of no way to stop them –
all we can do is force them to work for it. And if found, it’s then clear that
not only did they steal your image, but they took extra steps to remove your
ownership indication.

There’s another type of image theft that’s easier to deal with once caught.
In these cases, the thieves don’t bother to make a copy of the image on their
own server, they just reference it directly from yours. As an example, you’ll
see that the very first photo in this article is hosted not on
http://ask-leo.com, but on a different site completely …
http://notenboom.org. If I didn’t own that site, that would be bandwidth theft
… displaying a picture from someone else’s website on yours. It’s called
bandwidth theft because you’re using their bandwidth to display images on your
site.

I can’t do that with the puppy pictures, because the thief made a copy on
his or her own server. This technique only works if they simply display the
picture directly from your server with out making a copy.

So what can you do if you find your photo has been stolen?

Step one is simple: contact the site owner. If it’s not obvious who that is
(as it wasn’t for the site I’m dealing with), then check the domain
registration for that site and complain to the listed contact. In about 90% of
the cases, the owner is often unaware that theft has occurred, and will remove
the material on request. These are the good guys who simply made a mistake.

The other 10% get more problematical. There are approaches using the Digital
Millennium Copyright Act (DMCA) to complain to the website’s hosting provider
that can result in the entire website being taken down. ISP’s apparently take
the DMCA very seriously. (Caveat: I am in no way a lawyer, and strongly suggest
that you do your own research into copyright law and the DMCA before pursuing
this course, including, if appropriate, engaging legal representation.)

In many remaining cases, there’s little else that can be pragmatically done.
Yes, you could spend a lot of time, energy and perhaps money pursuing the
offender. You could even win. In some cases, it might well be worth it. But for
the common user – like say myself in this puppy photo case – it probably
isn’t.

After writing the article above, I followed my own advice. Using domain
information for the website in question, I contacted the site owner, and
requested that he take down my photo.

He responded very quickly, and indicated that he would do so.

Not surprisingly, the site is a collection of photos submitted by the
public. It was a random person, not the site owner, that copied the photo and
submitted it for republication. In this situation it’s very difficult for a
site owner to confirm that a photo (or video, or article, or any form of
content) is, in fact, owned by the submitter.

In the subsequent email exchange, rather than taking down the photo, we
elected to simply replace it with my branded version, and allow it to be used
with my permission. Why would I do so? The branding turns into a little free
advertising for me.

And those puppies are darned cute.

You can see the result, on the site http://imreallysad.com.

It’s an aptly named site. Feeling sad? It’s hard to stay that way after
looking at some of the photos there.

9 comments on “How can I keep the images I post on the web from being copied?”