I would like to know the simplest way to print a small to medium image from a web page and have it print out as a crisp picture to fit an 8-1/2″ by 11″ sheet.

This is a simple question that turns out to have both a very simple and a fairly complex answer.

The simple answer: you can’t. Not most of the time, and not with what you’re asking for.

The complex answer, of course, is: it depends.

I get frustrated watching TV crime shows sometimes, mostly because I know too much. They frequently take significant liberties with what is and is not actually possible.

For example, a frequent scenario has a bunch of detectives looking at a blurry photo of a car in the distance, and the person in charge directs the resident computer guru to “enhance it”. Perhaps even more than once. Like magic, the blurry photo of the car in the distance gets crisper and crisper until the image can be magnified and the license plate easily made out. The cops identify the criminal and save the day.

It just doesn’t work that way.

But no enhancement will take a small, blurry image and turn it into a large, crisp one.

I mention that because, in essence, it’s exactly what you’re asking for.

Let’s use an example: 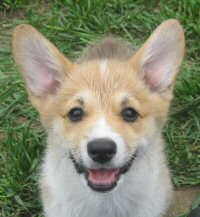 This cute puppy is a 200-pixel-wide image. On my screen, it measures approximately two inches across, meaning that my screen is, roughly, 100 dots per inch, or DPI.

Now, if I want to print that picture on an 8-1/2-inch-wide paper, using eight inches as the printable area, that means the printing process will need to make that picture four times wider (as well as four times higher).

Here’s a small portion of that image when magnified four times: 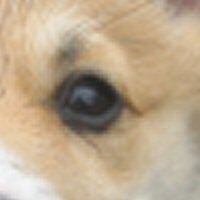 You can see the image is already starting to get a little blurry. It’s the same image as displayed above, just magnified
four times.

Most printers print at resolutions of at least 300 DPI, if not much, much higher. The net effect is that if you print an image that is less than that (say our 100 DPI image above), then the printer (or your printing software) must also magnify that image again. In our case, that’s an additional factor of three times.

Now you can really start to see the details of jpeg compression as well as the increased blurriness of the picture. Again, this is the same picture we started with. In fact, if you were to take a magnifying glass to that original on your screen, you’d likely see something very similar to this magnified version.

The bottom line is that on-screen images rarely print in high fidelity.

There’s just no getting around the fact that you’re magnifying a small on-screen image and printing it on a device with higher inherent resolution.

Now, there’s one exception, but it depends entirely on how the web page was designed. And for reasons that will become clear, most web pages are not designed this way.

Here’s our puppy, once again: 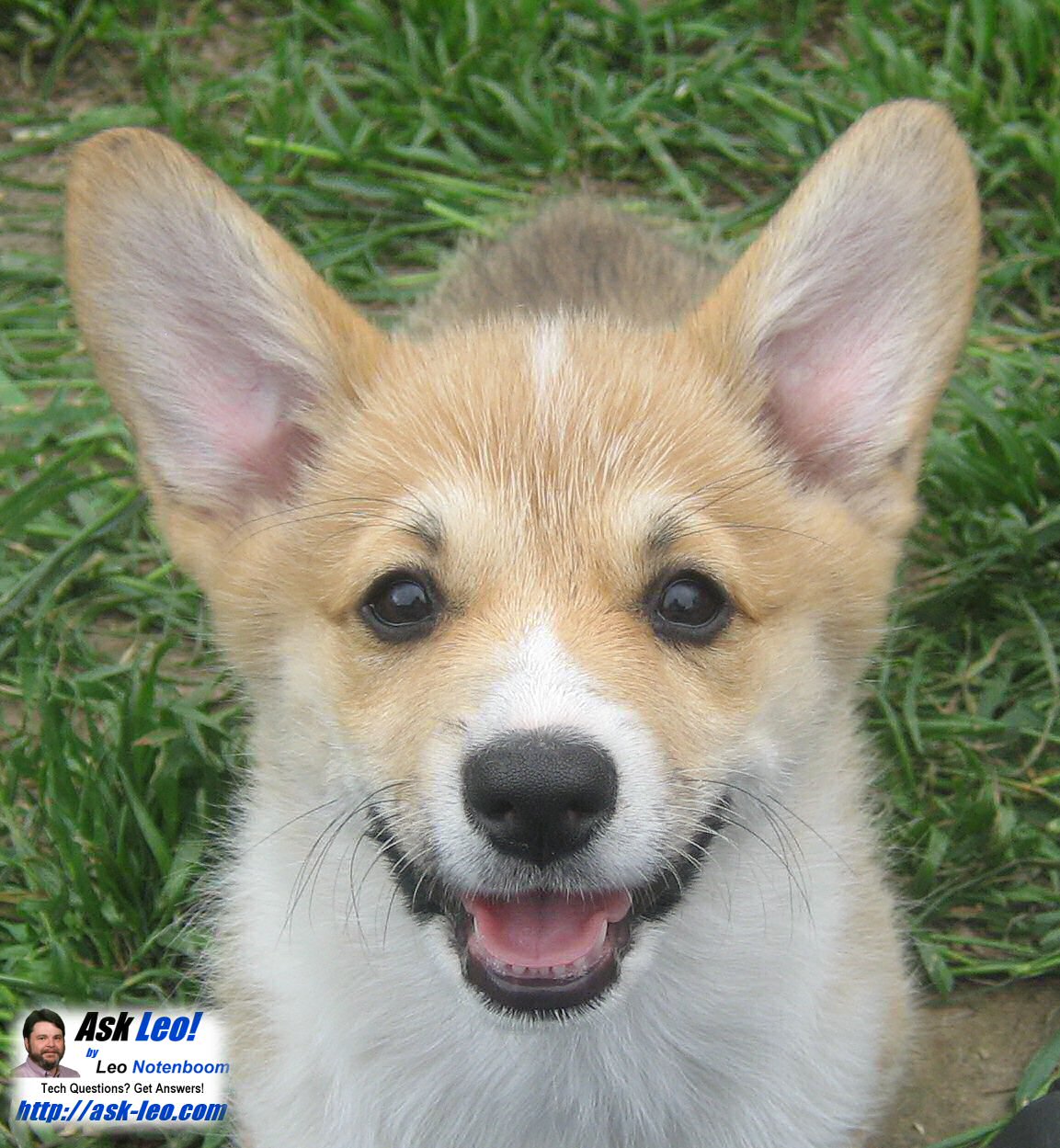 If you’re on a slow internet connection, you may notice that this version of the picture was slower to display. It may also look slightly different than the same-sized image earlier in the article.

The first image in this article is a 200×217 pixel image. This image is a 1153×1249 pixel image, but I’ve instructed the browser to display it in a 200×217 rectangle. The browser automatically resized the very large image to fit in the very small hole.

I’ve set it up so that if you click on that image, you’ll see it in full resolution. Since the browser already had to download it to show you the smaller version, the larger version should display very quickly. 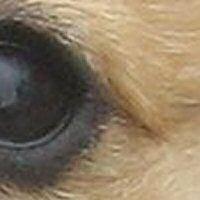 In this case, the image still had to be enlarged to show the printed equivalent, but this time by a factor of two rather than 12.

The net result, of course, is a much sharper image when printed in a larger format.

I printed both in the course of preparing this article. I wish I could show them to you, but the example magnifications above definitely match the printed result. If anything, the printed version of the 200-pixel image is worse, as the printer’s magnification technique is apparently slightly different than I used to create the illustrations above.

Most web images are not high resolution in any sense. While 200 pixels wide might be very appropriate to view on screen, it’s nowhere near enough for a high-quality print… and there’s no way to get around that.

15 comments on “How Do I Print Pictures from Websites So They Look Good?”