When I went on my sabbatical, I didn’t share the whole story. Even the word
“sabbatical” wasn’t quite right, but it was the best I could come up with.

At the risk of perhaps being too open and too personal, here’s the deal (and
you can skip this article if you’re just looking for tech answers; I won’t be
offended in the least 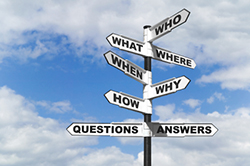 A combination of decreased traffic, mostly due to losing half of my Google
search traffic early in the year, and decreased advertising revenue even for
the traffic I was still getting, conspired to make Ask Leo!’s bottom line ever
so slightly negative. I had to dig into the reserves to pay the bills.

For a variety of reasons, Ask Leo! is most definitely a business, not a
charity, and getting paid for what I do turns out to be one important factor
that also keeps me motivated. Honestly, that realization surprised me somewhat,
although I suppose it shouldn’t have.

But while that realization was sinking in, another did as well: I just
wasn’t having as much fun as I used to previously.

Time for a Break

Hence the sabbatical. Or, as I really thought of it, the reboot. Not just of
Ask Leo!, but of Leo.

To get to the understanding I was looking for, I needed to step away from it
for a while. No questions, no articles, no comments, no nothing … just time
to reflect. And play.

I’ll probably detail more of what I did, or at least what I read, over in my
personal blog. (In fact, I’ve kind
of already started.) But suffice it to say that it took about a month for
me to realize that, yes, Ask Leo! was still the best venue for me to do what I
enjoy and exercise my talents in the aid of others. The next month was all
about deciding how to make Ask Leo! better and more profitable. I don’t have
all the answers yet, but there are some changes that I’ve decided on that
you’ll see roll out over the coming weeks and months.

The newsletter will remain at its current weekly publication schedule. I’m
raising the quality bar on articles, particularly those that result from
Answercast transcripts. We won’t be auto-posting to Facebook, but instead I’ll be
interacting more directly with you there. I’ll be changing the technology on
which I’ve built Ask Leo! to WordPress, and with that will come a new, more
professional (and mobile-friendly) design.

And there’ll be more books. I think I’ve figured out a way to work around my
aversion to actually finishing them.

I’ve also dropped one of my advertising
partners. Now, that probably sounds like I’m making the revenue problem worse,
and I suppose I am, at least in the short term. These are, or were, the somewhat controversial ads that looked kind of like
links and popped up even if your mouse pointer just happened to hover over
them. I’m hoping that the improved user experience will benefit the site in the
long run.

One Person’s Work is Another’s Play

Now, if you’ve been watching Facebook, you may have noticed that I actually
was not quiet there during my “absence.” I posted some of the other things I
was doing. While I was ignoring the Ask Leo! site, I decided that it was a good
time to do a few things to my own computers that I’d been putting off. I
upgraded my desktop machine to a solid state drive and then to Windows 8. I
upgraded another laptop to an SSD as well. I bought a Microsoft Surface Pro and
started to play with it.

Why not ask for donations?

One of the very first things that people suggest when I mention Ask Leo!’s
revenue issues is to simply ask for donations.

I’ve had a “tip jar,” Buy Leo A Latte,
for probably about as long as Ask Leo!’s been in existence. I don’t promote it
much (although it is mentioned on almost every page), but even when I was more
obvious about it in the past, the actual impact was surprisingly small: quite
literally about enough to feed my Starbucks habit and not a lot more.

I’m not complaining, not at all. It was never meant to be a source of
significant income, but rather something fun that those so inclined could
participate in. It, and Buy Leo A Beer,
have filled that role quite nicely.

I don’t want to become one of “those” sites that are all in your face,
trying to guilt you at every turn to put a few bucks into the virtual tin cup.
I just don’t believe that asking for donations makes sense as a way for a
business to make money.

Those might seem like odd things to do on something that’s kind of like a
vacation, but here’s the thing: I had fun. I’m all about the technology, and
that’s what it looks like when I play. Along the way, I realized that those
were all Ask-Leo!-worthy items as well, and you’ll be seeing write-ups in the
coming weeks. It’s that realization that Ask Leo! could continue to be a venue
for what I enjoy that contributed to the decision to continue.

But it also signifies a very subtle, very slight shift. In the past, I’ve
tried to make Ask Leo! all about your questions and my answers. Questions will
continue to be a major factor in what gets published, as well as a factor in
the overall directions that I might take on the site (although I’m giving
myself permission to skip answering variations of the same lost password
question over and over and over …). However, you’ll also start to see a
few more pieces that don’t start with a question, but instead start with my
story, experience, or opinion and end up being about things I enjoy or feel
strongly about. Hopefully, you’ll find those interesting and perhaps somewhat
educational as well.

Because that’s another realization I came to; I’m about education. I am
first a software engineer and that defined what I did for a living for many
years. Then, I started Ask Leo! and became a writer with a software engineering
background. What I realized is that my passion for technology has evolved even
further to be something that I want to share. By sharing my passion, I can help
others break through the problems and frustrations that they face. That way,
they can see computers and technology for the wonderful and exciting things
that I know them to be.

As always, I thank you from the deepest recesses of my heart for being here,
for supporting Ask Leo!, and for allowing me to do what I do.