I use a surge suppressor and an uninterruptible power supply (battery backup). I live in the southeastern US, and we’re prone to summer thunderstorms. My wife works for the State, and they never unplug their computers. I shut down and unplug everything from the wall socket when we have a close storm. What would your recommendation be? Or is that an unanswerable question unless you’re here? 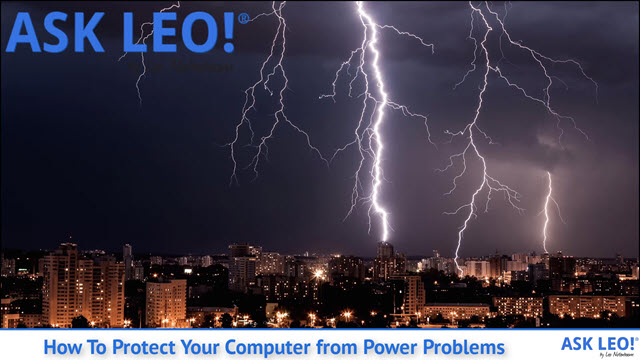