Is Skype really not recording my private video calls on their servers anywhere on the internet or on hard copy? 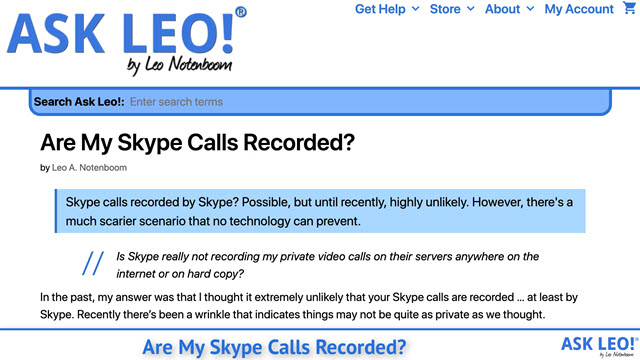 30 comments on “Are My Skype Calls Recorded?”