My question pertains to disk defragmenting programs. I’m not having any
issues, but I would appreciate a little clarification on how one may differ from
another and their effectiveness, if any. I have Windows Vista 32-bit W/SP2 installed. I
have a 320GB hard drive that’s three months old and the OS was a fresh install also at
that time. I’m currently using 55GB and 10GB of that are allotted for system
restore points. I have two defrag utilities currently installed and I am thinking
of purchasing one of them. I don’t use Windows defragger at all. As a rule, I
try to not let the disk get above 10-15% fragmented. I defrag about once a week
for now. One of the programs never takes less than 45 minutes to do a normal
defrag and the other never takes more than 10 minutes to complete the task. How
effective or thorough can a program be if it’s finished before you can blink an
eye? And is this a fair assessment of how good a utility is, by how fast it can
complete the task? They all say that they’re the best thing since sliced bread and
lightening fast, but I have to wonder if quality is being sacrificed for speed. I
would appreciate an objective opinion if you have one on this subject.

I’ll start by saying that disk defragmenting is highly overrated.

I’m not saying it’s unimportant. It is important. I
am saying that it’s just not as important as many people make it out
to be.

If you’ve ever had your newspaper get spread out all over your yard in the wind and then had to go out, pick it all up, and put it back together in order, you’re familiar with defragmenting.

“… it just may not be worth it to perform regular lengthy defragmenting.”

Kind of like walking around your yard to read the paper, but leaving all of the pages where they landed.

Defragmenting moves all of the pieces of files together in order, so that they’re easier and quicker for the disk to access when needed.

That’s somewhat like walking around your yard once to collect the pieces of newspaper together and putting them back together in order. Now reading the paper is simply a matter of starting at the beginning and turning pages.

Typically, a defragger that runs quickly focuses exclusively on exactly that: collecting files and putting them in order.

What you might find after running a defragmenting program that completes quickly is that there are still some files left in a fragmented state. Somewhat like asking your teenager to pick up the newspaper – it might do the parts that are easy and pick them up quickly, but it leaves a few “less important” sections where they were.

The result is definitely an improvement, particularly if the commonly used files are defragmented, but it’s not complete. 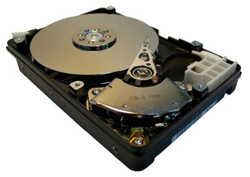 A more time-consuming defragmenter might well be much more thorough, making sure that each and every file that can be defragmented is completely defragmented.

Depending on how much free space there is on your drive, that can actually take a fair amount of additional time.

On top of that, while not technically defragmenting, some tools perform an additional optimization and move all of the defragmented files on the disk to the same area of the disk.

That’s somewhat like bringing in all of the newspapers into the kitchen after collecting and reconstructing them in order. Not only are the newspapers easier to read, but they’re all collected in the same place in the house and thus easier to locate when needed.

Collecting all of the files together like that can take additional time.

How much is enough?

While a perfectly defragmented disk sounds desirable, you’re actually not likely to notice much of a speed improvement compared to a disk where only most of the files have been defragmented.

As a result, it just may not be worth it to perform regular, lengthy defragmenting. A simple periodic defrag might be more than enough to get you the speed benefit that you’re looking for.

The one exception that I find myself making to this is after installing Windows. There’s so much file activity during the installation process to files that are a) never written to again and b) read frequently as part of Windows’ own operation that a thorough defragging can make sense to put those files in their most optimal positions.

After that, periodic and quick is good enough.

The tools to use

Windows’ own built-in defragmenting tool is easy enough for periodic defragging. In fact, if you’re running Windows 7, you don’t need to do a thing: Windows 7 schedules a weekly defrag of all of its volumes by default. You can set up your own scheduled defrag in previous versions.

There are many, many third-party defragmenting tools available if you want a more thorough scan. Of late, I’ve been using Piriform’s Defraggler for the task.

As an alternative to a third-party tool, you can also run the Windows tool repeatedly until it shows no or a low number of fragmented files.

It’s not something that I worry about

I’ll repeat what I said above: a lot of extra effort in defragmenting your hard disk isn’t going to result in a noticeable speed increase.

Consider a thorough defrag after you set up your machine or maybe every year or two thereafter. Then, set up an automated weekly defrag and move on to other things.

† This does not apply to solid state drives, such as SSDs and Flash drives. Because there is no physical disk head to move, defragmenting has no effect on performance of these at all, and as flash memory wears out, defragging solid state media can seriously shorten its lifespan.

21 comments on “Why would one disk defragmenting program take so much more time than another?”