I’m getting several reports of people who are unable to access the
folders that they may have set up in Hotmail. Typically, the claim is
that the folders are “gone” after the Hotmail UI update.

I did a little looking into it, and found at least a couple of
possibilities that would indicate that the folders aren’t gone at
all.


First, let me show you what I see: 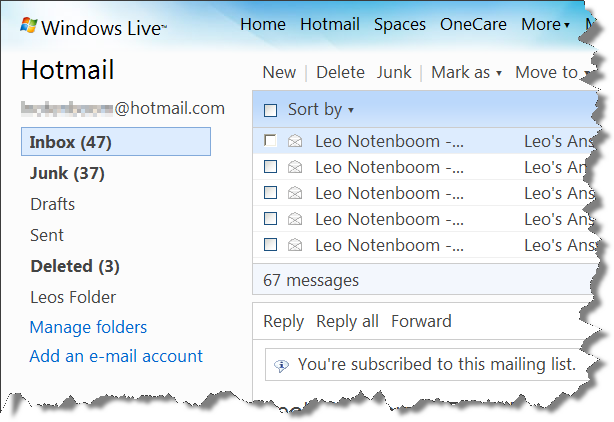 As you can see, beneath “Deleted” I have my own folder “Leos Folder”.

However, if the browser window containing Hotmail is too small to allow Hotmail to show the full list of folders, this happens: 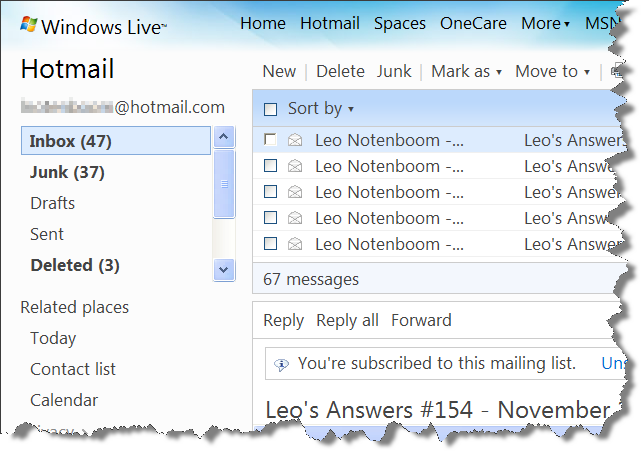 You can see that my folder has disappeared.

If you look closely, though, you’ll also see that a scrollbar has appeared next to the folder list. Use that to scroll down, and the rest of the folders can be seen: 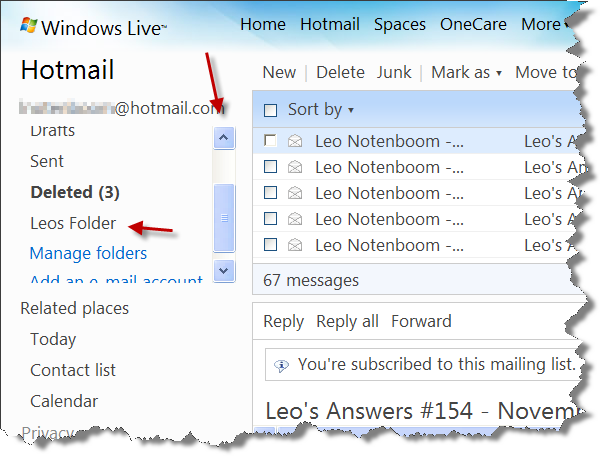 I believe that a lot of people are simply missing this particular change to the Hotmail user interface. Your folders are there, just in a list that’s partially obscured.

Now, along those same lines I discovered an issue that can only be described as a bug in the Hotmail user interface.

If I choose “Manage Folders”, at the bottom of the folder list, I get this:

However, if I make the browser window narrower, it eventually looks like this:

As you can see, the folder names have disappeared! The column has resized to the point of not showing them at all.

Now, that’s just under 1000 pixels wide, which means it probably works well at 1024×768 and larger screens, but if you have, say, 800×600, I know of no solution to manage your folders by name without making your window larger, or perhaps changing the text size to be smaller so that more can fit in the allotted space. (In IE, hit View, Text Size, and then select the next smaller setting than your current setting.)

The fact that the names are allowed to disappear is, in my opinion, a bug in the Windows Live Hotmail user interface. At a minimum, they should have resized a different, less important column, or allowed the columns to be resized.

26 comments on “Where did my folders go in Windows Live Hotmail?”