Recently, been having a problem when I try to rename a picture or an icon, the following message appears: “If you change a file
name extension, the file may become unusable”. I have lost pictures when I went ahead and ignored the message. Why am I suddenly
having this problem?

I don’t know why you’re suddenly having the problem, but I do know what the problem is.

You actually haven’t lost your pictures – you’ve just removed the information that tells Windows what to do with them.


First, we need to understand how filenames are constructed. There are actually four parts to a full file path:

The “filename” typically refers to the base name plus extension or basename.ext.

Even though almost all files have the extensions, Windows Explorer does not display them by default. This is a huge mistake in my opinion, but it is what it is.

Here’s what I mean: 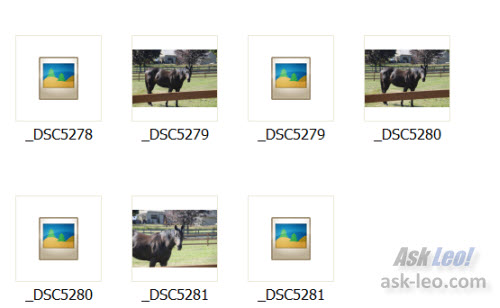 This is Windows Explorer in Thumbnail view on a folder of some pictures I have. Note how the filenames don’t show any extensions.

In Windows Explorer, click on the Tools menu, Folder Options menu item, and then the View tab: 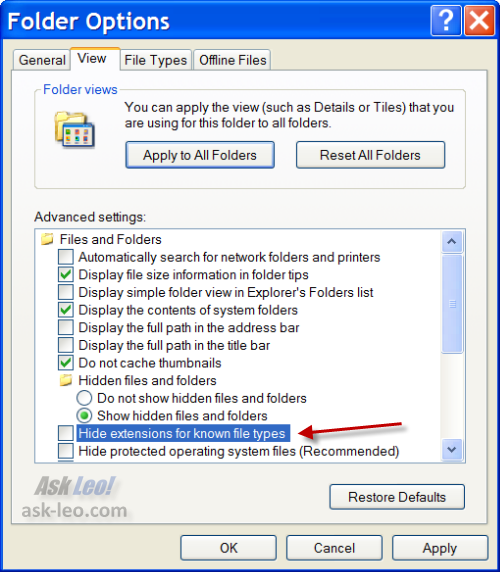 Uncheck the “Hide extensions for known file types” option. Now we look at our files again: 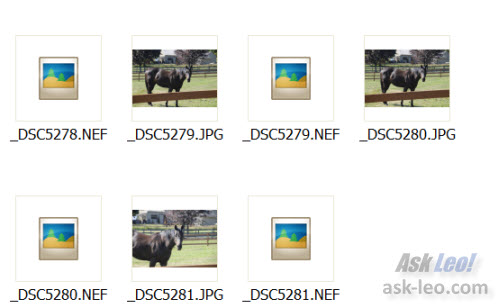 As you can see, each filename’s extension is now visible: these are “.JPG” and “.NEF” files.

Now, I’m going to click on one of the images and press F2 to rename the file:

If I start to type a new filename, it overwrites the extension as well:

And sure enough, once I press Enter, I get this warning:

The problem? The “.jpg” is missing. Windows knows what a “_DSC5278.JPG” file is, it’s a jpeg image, or photo. But it has no idea what a “Horse” file is … the extension has been lost and Windows has no idea what to do with that file. It doesn’t even know how to show you a thumbnail:

Regardless of the path that you took to rename your file, that’s the problem – the filename’s extension is missing or incorrect.

The solution, of course, is to include or preserve the extension when you rename the file:

Simply by including the “.jpg” when I renamed the file, Windows understanding of what that file is has been preserved.

A couple of notes:

18 comments on “What does "If you change a file name extension, the file may become unusable" mean?”