I’ve installed 22″ flat screen Optiquest Q2201wb monitor to replace my several-year-old 17″ CRT ViewSonic E771 monitor. Everything seems stretched out sideways: the icons on my desktop are now rectangular instead of square; all the letters in my posts seem wider; the people on the screen seem shorter and fatter; etc.

My neighbor thinks I need to replace the video card(?) in my computer tower. Is this true? Need I do any other things to accommodate the change in monitors. If ‘Yes’, can you tell me what to do and if they’re things I can do rather than taking the tower to the shop where I got it?

Naturally, I choose not to.

The good news is that it is, likely, just that – a choice. But exactly what choice depends on the capabilities of your monitor and your video card.

The difference that you’re seeing is that the “aspect ratio” of your new monitor is likely different than it was on your old CRT. This is a change we’re seeing in the world of television as well as screens change from standard to high definition.

It’s likely that your old CRT has an aspect ratio of 4:3 … meaning that the width is 4/3 the height, or conversely, the height is 3/4 the width. Your new monitor is probably different. Perhaps it’s 16:9, the new HD TV standard, but it could also be something else entirely. 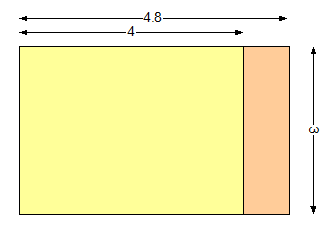 Now, if you change nothing else and just plug in your new monitor, then the monitor needs to make a decision – how to display what is likely a 4:3 image in a 4.8:3 space. There are three choices.

The first choice is to maintain the aspect ratio of the original image: 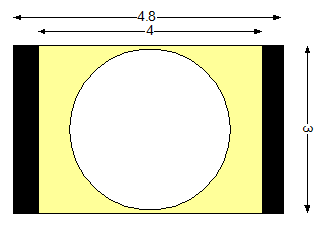 This is typically done by displaying the 4:3 image centered within the larger screen. You’ll see this all the time now when 4:3 standard definition TV shows are displayed on 16:9 HDTV screens. Typically, the centered image has black bars on either side to take up the unused space.

An alternative we almost never see is to crop: 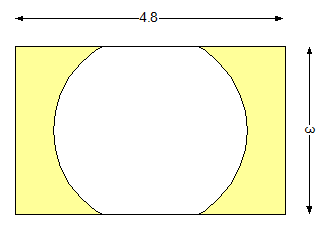 In this case, the image is enlarged to fill the entire width of the screen while maintaining the original aspect ratio. The result is that the top and the bottom are lost since they don’t fit.

The third option, and what I expect you are experiencing, is to ignore the aspect ratio completely: 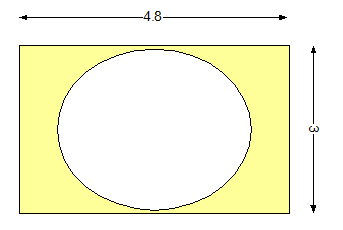 In this case, the monitor stretches the image to fully fit the screen, ignoring the original aspect ratio. As you can see, what was a perfect circle at 4:3 is now a somewhat elongated ellipse when it’s stretched to fit this wider aspect ratio. Everything on screen appears slightly stretched horizontally.

“
Setting your screen resolution to match your monitor’s native resolution is, by far, the preferred solution…

That’s all well and good, for way of explanation, but how do we fix it?

There may be two ways.

Your monitor may, in fact, have an option to choose what to do when the aspect ratio of what you’re attempting to display doesn’t match. In fact, your monitor includes the option to “Fill to Screen” (stretch, in the example above), or “Fill to Aspect Ratio” (the centered with black bars approach) in its settings. These are settings you would access using the menu and other controls on the monitor itself.

Many monitors include similar settings, but many do not. Your alternative is to adjust the screen resolution in Windows itself. 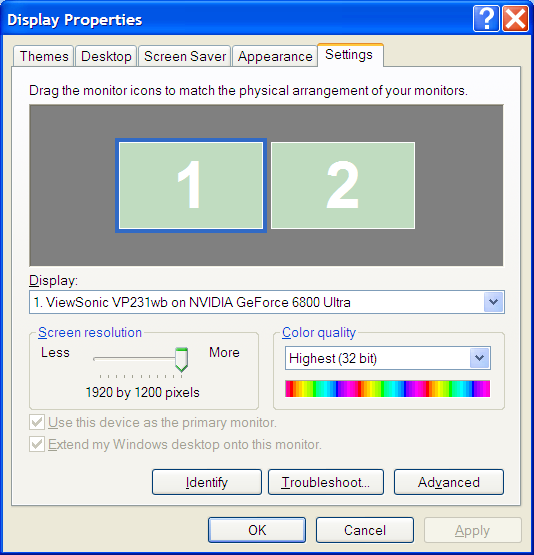 Finally, your friend may be right. If your video card cannot put out the monitor’s native resolution, and you’re unhappy with the alternatives above, then changing one or the other might well be called for.