I’ve tried living with user access control in Windows Vista, but I’ve decided it’s more annoyance than it’s worth. I know what I’m doing, and did just fine in Windows XP without UAC. So how do I turn UAC off?

UAC is a good thing. Really.

Yes, on occasion it does ask for confirmation where “in the old days” Windows XP would not have. But one of the times it asks for confirmation is when malware strikes … exactly the time when you want to be able to say, “NO!”. Perhaps like you, though, I’ve never been in a situation where I’ve wished I could have said no. Like you said, I know what I’m doing.

So let’s turn off UAC.

Start by firing up Control Panel and clicking on User Accounts: 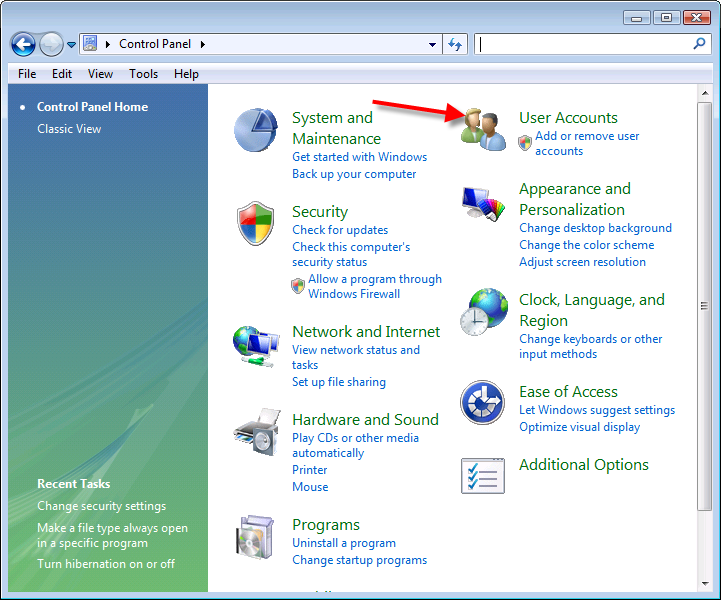 Even though it seems redundant, click the resulting User Accounts again: 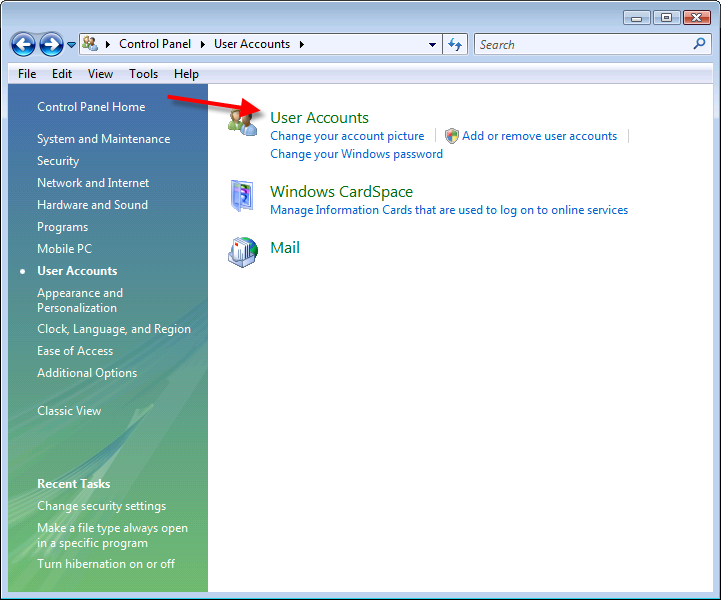 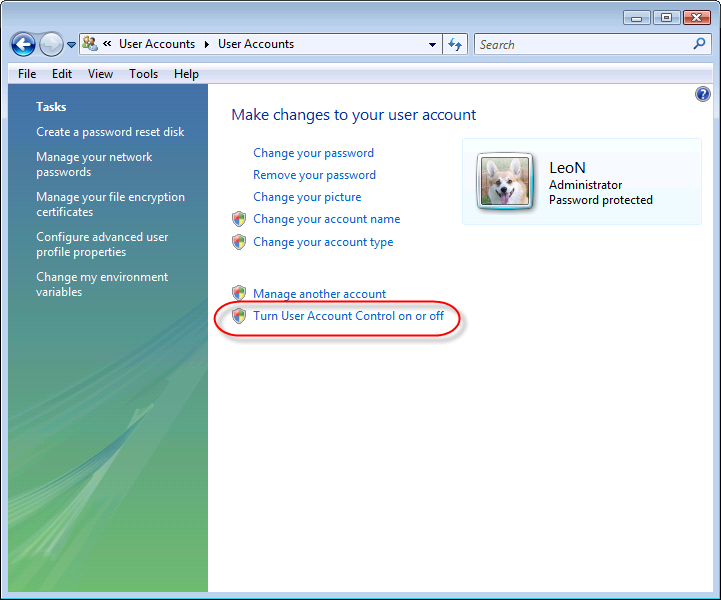 Naturally, since User Account Control is on you’ll have to confirm that you intend to do this.

Press OK and restart your computer for the changes to take effect.

Before you even rebooted, you probably saw this:

Double click that and you’ll get the Security Center dialog that includes this:

That’s the Security Center warning you about the (apparently) horrible, awful thing you’ve just done. (In case the irony isn’t clear: it’s not horrible, it’s not awful, if you know what you’re doing.)

However off to the left in that same dialog you’ll see a link Change the way Security Center alerts me. Click that to get this choice: 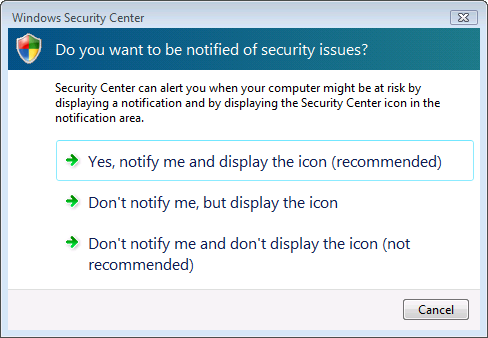 You know what I clicked on: Don’t notify me and don’t display the icon (not recommended). Yes, even though it’s “not recommended”.

UAC is now off.

Let’s review the implications of what we’ve just done.

UAC alerts you whenever an application is about to do something that requires “administrative” access to your machine. On Vista, even logged in as an administrator, you’re not really running as administrator. Only when an operation requires “elevation” to actual administrator status to perform its task will that happen. With UAC off, that elevation happens without question and without notification.

The risk is pretty much the same as it was then: malware could take advantage of your naturally elevated privileges and gain access to things it shouldn’t. UAC prevents that, or at least notifies you when it’s about to happen.

By turning off UAC you’re disabling that feature.

I hope you know what you’re doing.

7 comments on “How do I turn off User Access Control (UAC) in Windows Vista?”