Is there any way I can control the stop-start view of videos on the web? I
often give up in aggravation, log off & never see the end.

It can be very frustrating, and to quote a famous politico, “I feel your
pain”.

Since I produce some on-line video myself, I try to provide a good user
experience – one that I, myself, would appreciate. However not all on-line
video producers do everything the way you and I might want.

And yes, they’re the ones in control of this situation. 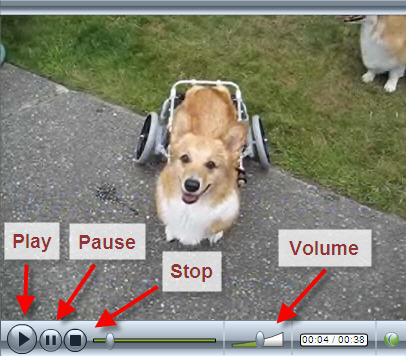 That’s a frame from a video I took of one of my dogs some time ago – it’s
intended for a wide range of viewers so I couldn’t make any assumptions about
who would be visiting or what their capabilities might be. The player I chose
to expose is simple, yet provides the basic functionality most people might
want; play, pause and stop, as well as a way to control the volume. In fact,
the only “problem” with this video is that once it’s loaded it starts
automatically – something not everyone appreciates. You can see it in action
here.

“Video on the internet has a long way to go to fully
mature.”

This highlights what is perhaps the most important point: whether or not you
have the ability to play stop or pause, or have the ability to adjust the
volume within the player, or several other options isn’t in your
control. It’s up to the video and/or website producer to make those
abilities available to you when they publish the video on the web. 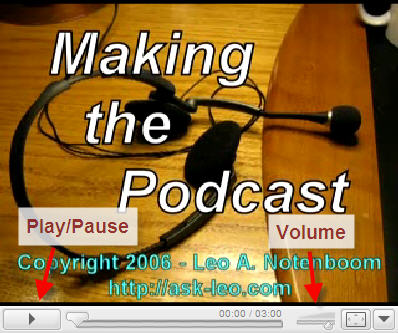 Here you can see that Google has exposed fewer controls – there’s only a
play/pause button for example, instead of the three separate controls in the
previous example. They still provide a volume control, though. And yes, once
partially loaded, the video begins playing automatically. You can see this
video here: Making the
Podcast. You can also see a higher resolution version, in yet another
player, right here on Ask Leo! here: Making
the Podcast. 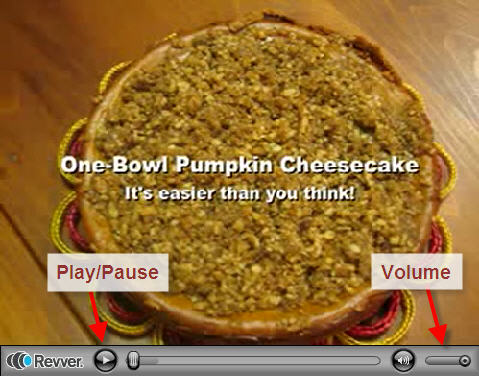 This includes a Google-like pause/play button, and a not-so-obvious volume
control. This one, however, does not start automatically … you have
to click on the introductory frame first. You can see this one in action here:
How to Make a
Pumpkin Cheesecake.

Now, all of the examples used so far use Macromedia Flash as the technology
to display the video. It’s turning out to be the most ubiquitous technology for
video display on the web. As you can see, though, it also allows a tremendous
amount of customization. If, for example, an advertiser believes that you
should not be able to stop or control the volume of their video ad they can
simply start playing their video as soon as you reach their page not supply a
stop or volume control at all. Annoying? Yes, but quite possible.

And, an important note: Flash requires a one-time download to
install the Flash player, and it typically requires that Javascript be
enabled for the site on which the video is displayed.

To further confuse matters, while Flash-based players appear to be the most
popular, there are several other video players in use as well: Windows Media
Player, Apple’s Quicktime, Real Video, just to name a few. Even iTunes, which
uses Quicktime, can be considered an additional player that many people are
using.

The good news, if you want to call it that, is that these players tend to be
less easily customizable, and hence when they’re used they expose the common
controls for playback and volume control that most people want. The bad news is
that they’re all additional downloads and they often represent proprietary file
formats. If you want to play a video that someone has made available in
Quicktime format, you’ll need the Quicktime player.

Video on the internet has a long way to go to fully mature. Right now it’s a
fairly confusing mix of players and formats – don’t even get me started on
codecs and compression formats that even further confuse the landscape. It
holds a tremendous amount of promise, but for now, we all get to experience the
growing pains.

4 comments on “How do I stop, start and generally control videos I watch on the web?”