In one of your other articles you mentioned that it might
sometimes be easier to connect computers on a small LAN using a networking
protocol other than TCP/IP – you mentioned IPX and Netbeui. Great, so how do I
do that?

TCP/IP is the protocol of the internet (in fact, the I stands for Internet),
so anything you do on the internet requires that you use TCP/IP.

TCP/IP can be a little difficult to set up at times, though, because it
requires things like routers and subnets and DNS … oh my! If all you want is
a few machines on a small local area network, different protocols might be
easier to setup.

Protocols like IXP/SPX and Netbeui are less efficient, and even somewhat
less secure, than TCP/IP, but on a small network that may simply not be an
issue. Also, with TCP/IP being the predominant network protocol these days, not
all applications, and not all networking hardware support other protocols.

But the good news is that for simply sharing files and printers across a
local area network, once installed, these protocols usually “just work”. 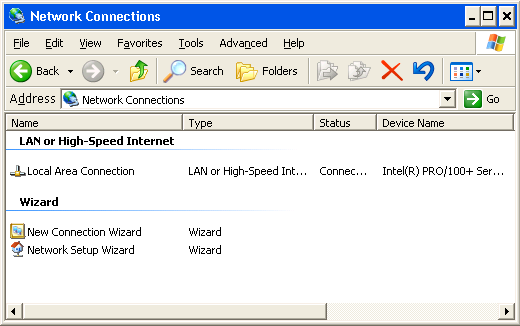 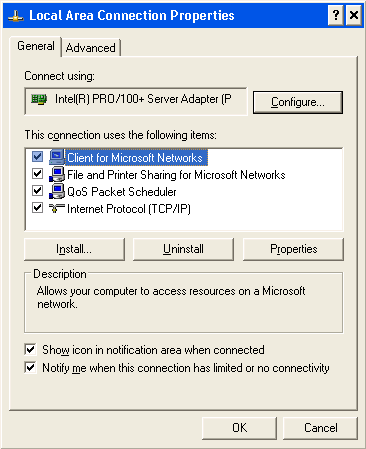 Click on the Install… button, and this dialog
appears: 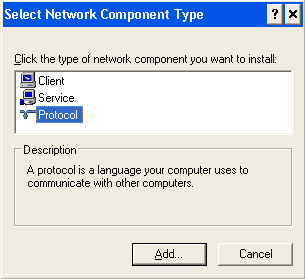 Click on Protocol, and click Add…. After
a few seconds, a dialog similar to this will appear: 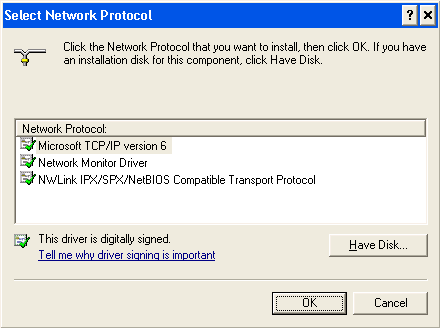 Once you’re done, you’ll return to the Properties dialog, only this time the
new protocol will be listed: 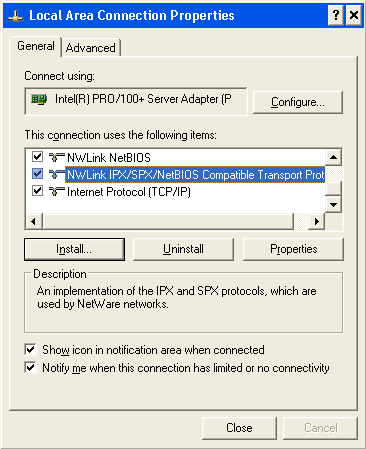 Click on Close, and it’s likely you’ll then need to reboot
your machine for the installation to complete.

Now you’ll note that Netbeui was not one of the options. That’s because
technically Netbeui is no longer a supported protocol by Microsoft. However,
they still include the drivers on the Windows XP CD-ROM. The process is similar
to what we just did for IPX, but rather than walk through it again, an article
in the Microsoft Knowledgebase details How to install
Netbeui on Windows XP.

Which protocol you’ll actually want is somewhat vague, because it depends on
what problem you’re attempting to solve, and what your applications and
networking equipment support. But do remember this: you will need TCP/IP to
talk to anything on the internet. Fortunately, you can have more than one
protocol installed at the same time.

11 comments on “How do I install additional network protocols like IPX or Netbeui?”