DriveImage XML is a free utility which can be used to create an image of a
hard disk – even one that’s in use. Once you have an image you can easily
browse its contents, or restore that image to a hard disk.

DriveImage XML stores its data in an open XML-based format that could be
used by other utilities, should you need, but the basics are handled quite
nicely by the utility itself.

In this article, I’ll walk you through creating an image of your C:
drive.


A caveat before we begin.

Thus DriveImage XML is not necessarily the best choice for a consumer-level regular backup.

However, it’s a fine (and for home users free) choice for backing up drives from which you might normally only want to recover individual files, or backing up secondary (i.e. non-bootable) drives.

To begin, download and install DriveImage XML from runtime.org. As I mentioned, it’s free for personal use. After it’s installed, run it. 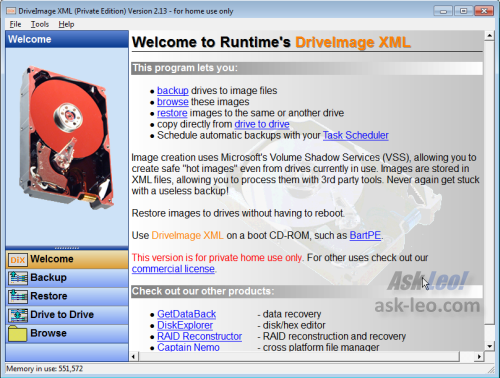 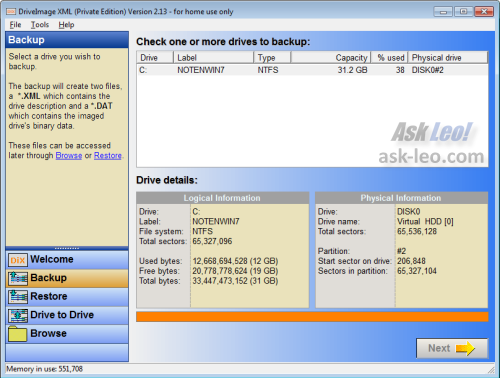 You’ll see a list of the drives on your system, and information about each. In this case I’ll click on the only drive listed – my Windows 7 “C:” drive – and then Next in the lower right to start the backup Wizard. 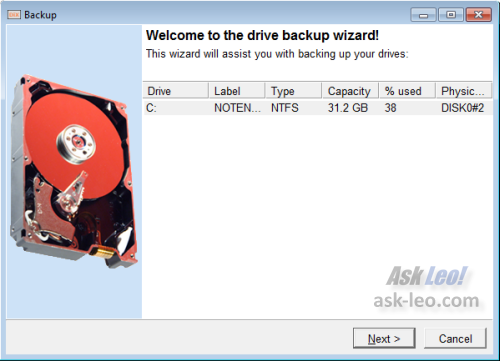 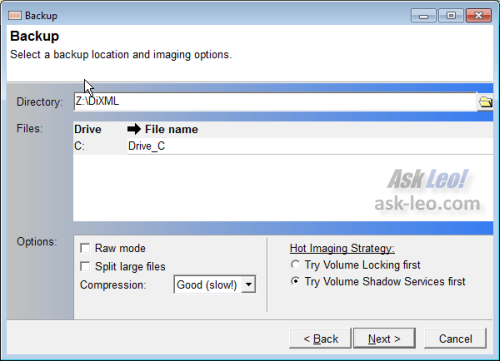 On this page of the wizard a few choices are made. 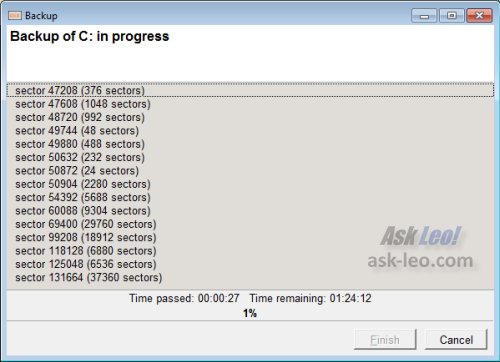 And after a while (including a period after being “100% done” while it writes additional information to the XML file) the backup completes. 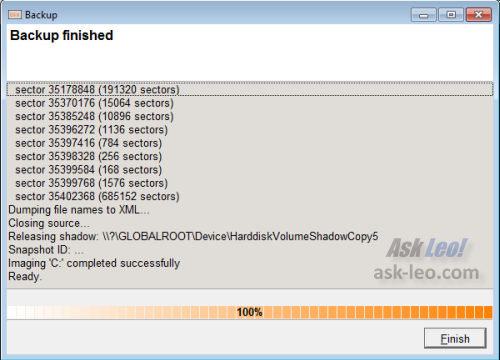 We can then see the backup on the removable drive:

In future articles we’ll examine how to extract individual files from your backup image, and how to restore an image to your hard drive.

13 comments on “How do I create a disk image using DriveImage XML?”