I’ve got a 500 GB slave HD which was partitioned 2 partitions and a 160GB HD as a master HD. I use Utorrent as a torrents
client. Weeks ago I started getting this error message by utorrent: “Error: data error ( cyclic redundancy check )” when
downloading to my slave HD ( my master HD works fine). Chkdsk started to report bad sectors so I’ve deleted the partition with
partition magic and created it again and bad sectors were gone. But this error keeps coming back; I even partitioned it to 6
partitions but no use. The system file is ntfs.

Unfortunately, while changing the partitioning on your hard drive can make it seem like a bad sector has disappeared, it hasn’t.
All it has done is rearranged things so that if you don’t run across the error soon, you’ll almost certainly run across it later.


Partitioning, like formatting, is nothing more than a process that arranges information on your hard disk in a certain way. Specifically, partitioning is an approach that takes a single physical disk, and breaks it into “logical” partitions that look like individual disks.

“… repartitioning will not fix bad sectors.”

Here’s what that means: 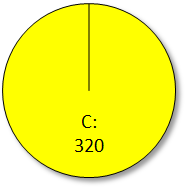 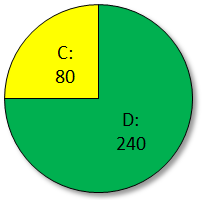 In fact, you can keep going if you like: 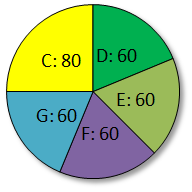 Partitioning is not at all uncommon as a way to manage hard disk space, and how it’s used.

The key, though, is that partitioning is nothing more than a way to arrange data on the hard drive. It actually doesn’t do anything physical to the drive, other than writing specific data that tells the operating system where the partitions start and end.

A bad sector, however, is most often a physical error.

I’ll take each of those three disks above, and put a indicate a physical error on each with a red dot: 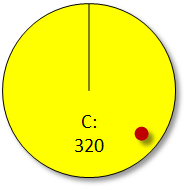 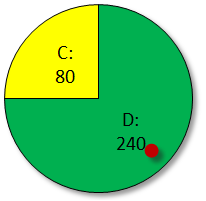 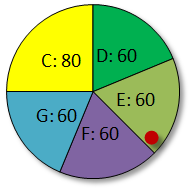 The bad sector remains in the same place on the physical disk, but where it shows up – drive C:, D: or E: in the examples above will vary depending on how the disk was partitioned.

But it’s still there.

Regardless of how the disk is partitioned, there are two approaches to try to fix them:

But as you can see, repartitioning to actually fix the bad sector isn’t on the list; it won’t help.

7 comments on “Can I repartition my hard disk to remove CRC errors?”