In explorer, under the properties of the “C” drive, the space USED is 70 gb. All folders are shown, and by selecting all the files and folders on the drive contents and properties, I get 31gb used. I can not find the other files
anyway.

It’s worse than you think. Just with a little poking around I was able to generate several different numbers for the “spaced used” on my hard drive.

I’ll admit, it’s frustrating. Fortunately it’s not something we need look at very often, but you’d think the line between what’s used and what’s not used would be clear. Actually it is, but there are different ways of looking at “what’s used” that don’t tell the whole story.

First let’s look at the two examples mentioned in the question. Here’s Windows Explorer’s view on my C: drive, by right-clicking on the drive and clicking on Properties: 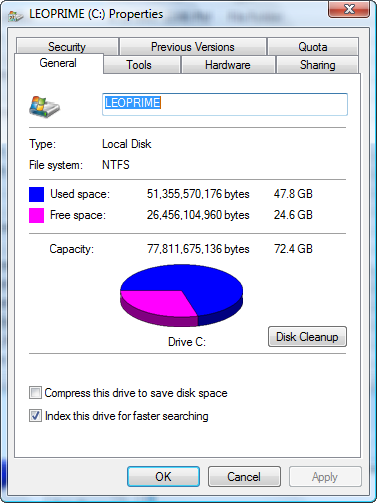 As you can see, Explorer reports that about 47.8 gigabytes are in use, and that 24.6 gigabytes is available as free space. If you’re just wondering about the free space on the drive, or how much of the drive is in use, these are actually the numbers I’d use – they take pretty much everything into account.

Now, back in Windows Explorer’s view of my C: drive: 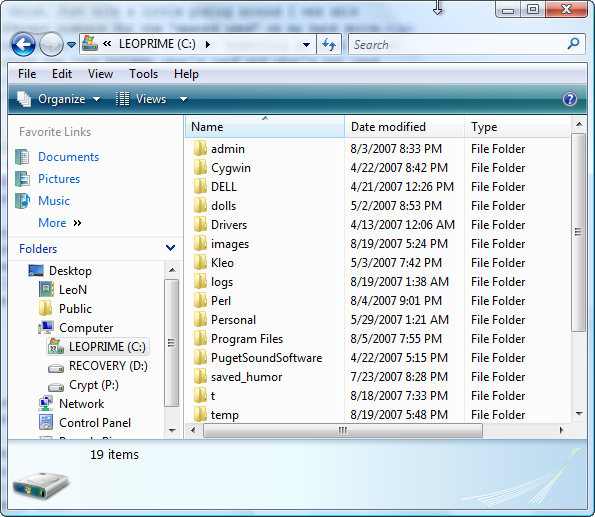 Click on any file at the root of C:, and type CTRL+A to select All files. Now, right click on any of the files selected and click on Properties: 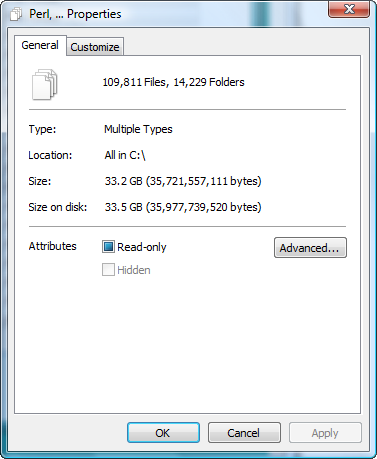 You can see that Windows reports the size of all files in C:. It reports both size, and something called “size on disk”. And neither are the close to the 47.8 gig reported to be in use earlier.

“
There are a number of issues that contribute to the difference…

So in determining how much disk space is used by the files, we need to pay attention to the larger “Size on disk” number.

But that number is still very different than the 47.8 gig.

There are a number of issues that contribute to the difference:

There’s probably much more that I’m not aware of that enters into the picture as well. I know in researching this issue there was no way I could actually get all the numbers to add up. Possible additional culprits further confusing the situation include compressed files (which appear bigger than they really are on disk), junctions and shortcuts which may or may not be counted as files, utilities which may or may not include the recycle bin as part of the “spaced used” since the contents have technically been deleted, and Windows Vista’s ability to keep additional versions of files automatically (though where they’re kept and how they’re managed, I’m currently not sure).

So yes, it is confusing.

But as I said earlier, I would rely on the drive properties to tell you about the actual used/unused state of your drive.

43 comments on “Why Does the Space Used by Files on My Hard Drive Show Different Numbers Depending on How I Look?”