There are a number of settings and tweaks I take for granted, having used them for years on end. Today’s tip is no different. The accompanying image is of Windows 10, but I’ve been doing this since my Windows XP days.

The image above may look a little different than your own taskbar. Instead of a single row of icons, there are two. I’ve increased the vertical size of the taskbar so that the icons — both the notification area (shown) and the running program icons (not shown) — display in two horizontal rows.

Depending on your setup, you might find it useful.

That’s it! You might want to re-lock the taskbar to prevent this from happening accidentally. As it turns out, you can make the taskbar arbitrarily tall, which is typically not what most people want. One or two lines — i.e. single or double height — seems to be the most useful and the most common. 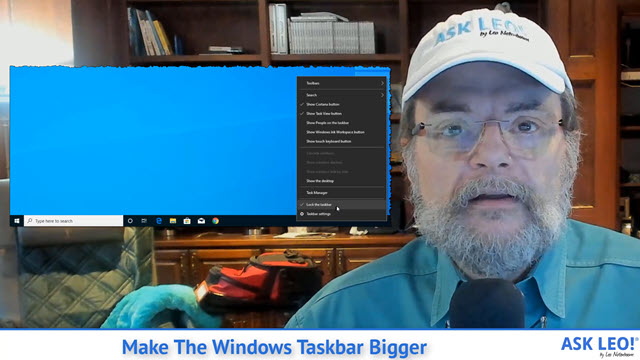 2 comments on “Tip of the Day: Make the Taskbar Bigger”